With the primary goal of driving exhibit traffic, Carestream’s Global Marketing Team overcame several daunting obstacles in promoting its presence at the 2012 Radiological Society of North America (RSNA) annual conference in late November. Funding was at the core of these obstacles: The Global Team had a modest promotional budget of $100K. Carestream’s Global Marketing Team crafted a multi-faceted approach to surmount these hurdles. What’s more, the team performed most of the work in house, thereby stretching its budget dollars.

Through the piggyback effort, we gained wide visibility via print and online advertising in key U.S. trade media from August through November, thus helping us reach the largest potential audience of RSNA attendees. To reach potential attendees from other countries, we provided art files of all U.S. ads to our colleagues around the world for placement in their respective country media.

All in all, the tote, banner and billboard reinforced the momentum of not only our pre-show advertising, but also of our direct-mail campaign.

Our PR/SM overlay also helped support our “paid” promotional efforts. On the PR side, we generated large media placements and worked with Carestream communications people around the world to generate news coverage in their respective countries. We distributed product news briefs to trade media in September to earn pre-show news coverage, reinforcing efforts to attract customers/prospects to our booth. We scheduled interviews in our booth during the show with prominent reporters to generate solid post-show coverage in key trade media to get ahead of the “news avalanche”.

On the social media side, a special RSNA microsite on our carestream.com website went “live” in August to preview products we would feature at the show, enable customers to book product demos—and more. We also built pre-show buzz via a weekly “image teaser” on Facebook; via weekly tweets from people planning to attend RSNA; and via “thought leadership” content on our EverythingRAD blog from Carestream executives, customers and journalists tying into RSNA’s “Patients First” theme. Our social media efforts continued during RSNA, with a combination of “live” reports and videos on Twitter, Facebook and EverythingRAD.

We conducted an exciting program that motivated our sales reps and other team members to pre-book product demo appointments with customers in the weeks leading up to the RSNA show. This “Two Contests in One” promotion offered attractive financial incentives for scheduling the highest quantity of appointments, particularly with new customers/prospects.

NOTE: for competitive reasons, details such as leads and placements have been removed from this public blog. If you are a marketer and interested in more detail, you can contact one of the authors.

Editor’s note:  Carestream Health was a 2013 Pinnacle Award Winner in the Element Category #20: Trade Show Promotion.  For a full list of the 2013 winners, read the News Release.  Rochester Business Journal’s article following the event is available here.  A full photo album from the event is posted here. 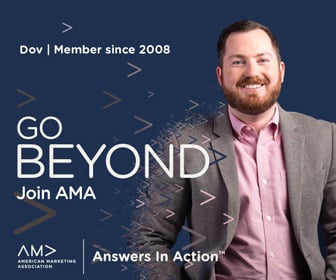